Rents are set to sky-rocket, and buying a house is getting further out of reach for many, according to the Association of Residential Letting Agents (ARLA) and National Association of Estate Agents (NAEA) Housing 2025 report.
Compiled with Centre for Economics and Business Research (CEBR), the report predicts the state of the property market in 10 years’ time, and suggests what can be done to repair it.   With the average house price currently around £280,000, the Housing 2025 report predicts house prices will increase by half their current value by 2025 – reaching an average price of £419,000. It’s even worse news for those aiming to buy in the capital, as house prices are expected to nearly double in the next decade in London, rising from £515,000 to £931,000.
For those planning to enter the rental market in the next few years, the news is bleak. Rents are predicted to increase by 27% from a current UK average of £134 per week to £171 in 2025. Again, those living in London will be worse off as they’ll need to pay 34% extra in rent per week by 2025, an increase from the current average of £234, up to £314.


Lower homeownership rates amongst the working age population and the ageing of the baby-boom generation will continue to drive a decline in the proportion of UK households that own their own home. Currently around 62% of the working population owns their own home; the ARLA and NAEA Housing 2025 report predicts this will fall to 55% in the next 10 years.    A declining homeownership rate will boost demand for rental properties, and drive house prices up. The Housing 2025 report also predicts the proportion of private renters in the UK will increase from 20% of households in 2015, to nearly 29% by 2025.   ARLA managing director David Cox said: “Buying and renting a home is a giant step, and is out of reach for many. Rent costs are already growing at a rate that people are struggling to keep up with, and they’re due to become even less sustainable over the next decade – particularly when the new landlord tax sets in, which will put off many would-be landlords from entering the market. If we’re to see the property market lifted out of its current state, we need to help the rental market from top down as well as bottom up, ensuring landlords are not penalised for their choice of income, and they can in turn give tenants the best possible price and service they deserve.”   NAEA managing director Mark Hayward said: “House prices are only going to go one way, and unfortunately that is up. For so many already priced out of the market, this is news aspiring house buyers will not want to hear. Ongoing house price inflation, combined with low wage inflation, tighter lending restrictions and a shortage of affordable housing, means owning a home will continue to be distant dream for many. Increased rental costs will also make it more difficult for current renters to save for a house deposit; as much of their income will be eaten up in rent.”
https://www.landlordtoday.co.uk/breaking-news/2015/12/arla-and-naea-house-prices-will-be-up-50-and-rents-25-by-2015
at 08:58 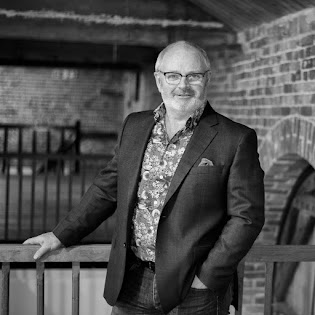 Hi and thank you for visiting this blog. I have been in the Southampton Property market since 2004, and in 2013 we opened Belvoir Sales and Lettings to bring a quality estate agency service to the buyers, sellers, landlords and tenants of this great city.

I have always shared my thoughts on the local property market in Southampton with my landlords and sellers, but now I want to share them with everyone in the city.

On this blog, I will talk about what is happening in the city's property market itself, even looking at specific streets or housing developments. At other times, I will post what I consider to be decent buy to let deals. I like to look at the whole of market and give you, what I consider is the best investment opportunities.

If you see a potential deal, and want a second opinion, without hesitation, email the Rightmove link to brian.linehan@belvoir.co.uk I will always give you my honest opinion on the property and its investment potential. (both good and bad).